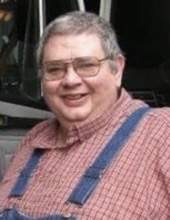 The service will be livestreamed at the following link: https://my.gather.app/remember/terrell-terry-hall

He grew up on a farm near Liberty Center, IA. Although farm life was hard work, he worked diligently with his parents, grandparents, siblings, uncles and aunts. He loved working with his family and later entertained his grandchildren with many stories of life on the farm.

He attended AIB in Des Moines, Iowa following high school and then moved to Dallas, TX to study Theology at Christ For the Nations Institute at the age of 22, after giving his life to the Lord. He met his future wife at CFNI. They became friends and worked in the bus ministry together. Terry and Lisa were married on September 1, 1984.

They bought a house and settled in Waxahachie in 1985 and were residents of the community for 35 years until they moved to Sanger, TX in 2020.

He began working at Quality Cabinets in Duncanville, TX in 1987, working his way up from fork-lift driver to supervisor in the panel plant. Terry had the incredible ability of treating everyone he came into contact with as a friend, and he made many lifelong friendships. Some of his best qualities were his sense of humor, impeccable memory, and his enjoyment in fellowshipping with others. Terry was very diligent in praying for others and spent time drawing close to his heavenly Father through scripture and prayer.

He was preceded in death by his grandparents, Frank and Gertrude Hall and Ed and Mildred Myers, and his father, Scotty Jo Hall and uncle, Max Hall.

To send flowers to the family in memory of Terry Hall, please visit our flower store.