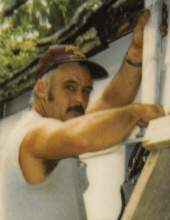 Services for Stanley Haselhuhn, 62 of Lacona, will be held Friday, January 28, 2022 at 11:00 a.m. at the Pierschbacher Funeral Home in Melcher-Dallas. Family will receive friends one hour prior to the service. Interment will follow at the St. Paul Cemetery.

The service will be livestreamed at the following link: https://my.gather.app/remember/stanley-haselhuhn

Stanley Haselhuhn was born November 24, 1959 to Ethel and Walter Haselhuhn. He was raised alongside his brother, Duane, in Melcher, Iowa, and attended Melcher High School.

In 1986, Stanley was united in marriage to Julie Goemaat. The couple was blessed with two daughters, Ashley and Nicole. They later divorced.

Stanley worked for both Economy Forms in Des Moines and Johnson Machine Works in Chariton. His favorite job, however, was scrapping. Stanley was a collector of all things metal; tools, cars, antique toys, etc. He could fix or modify anything and was a good mechanic. Stanley also enjoyed racing and mushroom hunting.

Stanley was an independent person, but was kind and generous to those he loved. He was really good with little kids and had a great sense of humor.

Stanley passed away January 24, 2022. He is survived by his daughters, Ashley (Richie) Lust and Nicole Boothe; step son, Michael Eppstein; and grandchildren: Drew, Stevie, Taylor, Austin, Tucker, Landen, and Brayden. Stanley was preceded in death by his parents, Walter and Ethel Haselhuhn; and his brother, Duane James Haselhuhn.
To send flowers to the family in memory of Stanley Haselhuhn, please visit our flower store.