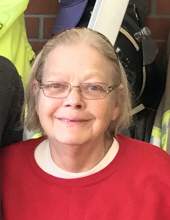 A Celebration of Life for Sharon Pearson, 70, of Melcher-Dallas, will be held on Saturday, March 19, 2022, at 11:00 a.m. at the Pierschbacher Funeral Home in Melcher-Dallas. Sharon's family will receive friends one hour prior to the service. Memorials may be made to the Melcher-Dallas Senior Center.

You may join the family as they Celebrate Sharon’s life at https://my.gather.app/remember/sharon-pearson-2022

Sharon Turner Pearson was born on September 23, 1951, to Rolley and Ruth Hoaglan Turner in Indianapolis, Indiana. She was one of nine children. She moved to Washington state when she was nine. She graduated high school from Shelton, Washington with the class of 1970.

She met Carl Pearson and married February 17, 1973, in Olympia, Washington. The couple moved to Iowa after they wed. They were blessed with three sons: Chris, Michael, and Shaun. They were married for 38 years when Carl passed away in 2010. Michael passed away in 2009.

Sharon worked for a few nursing homes before she started working at Walmart. She started as a cashier and later worked stocking shelves. She retired from Walmart.

Sharon is preceded in death by her husband Carl; son Michael; parents; and brother Steve.

To send flowers to the family in memory of Sharon Mae Pearson, please visit our flower store.