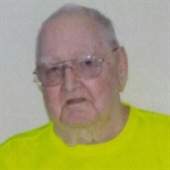 Ross David Browning was born in Cherokee, Kansas, January 22, 1932 to Roscoe O. Browning and Agnas R. Alred. He was one of 8 children and the oldest son with Roger Allen Browning being the youngest son. He had six sisters: Virginia Baker, Shirley Tashman, Vivian Tarter, Helen Iorn, Laura Fluker and Dorothy Ortgies. He will now be joining them in heavenly rest. In high school his interests were baseball and anything electrical, those both carried through to his adult life. After graduating from Crawford Community High School in 1949 he soon found himself working in a small electrical repair shop repairing radios and other small electrical appliances. He soon met his bride to be Naomi Wallace of 32 years and had two children a son Rock Browning and a daughter Gena Allison. It was not long before Ross was called to join the Korean war efforts in 1954 he was sent to Okinawa, Japan for his tour of duty. He was an electrical lineman while in the service. He received a Good Conduct Medal and National Defense Service Medal for his efforts. After his discharge he returned to his wife and children and resumed his job at the small electrical repair shop. Ross was active in the American Legion and the Legion baseball team. In 1960, the American Legion team he coached was the 1960 American Legion Runner Up Team at the State Tournament in Salina, Kansas . Just a few years later Ross was offered the position of project manager to remodel every federal building in the United States, and he immediately took the position. He was able to do what he loved and travel at the same time. He was also able to have his family travel with him in the summer time which gave them a rich experience. His family relocated from Kansas to Iowa as he started working in the western united states. While spending time in Iowa Ross kept busy with the American Legion as usual. This time he put his construction experience to good use by writing a grant, getting money donated and finding just the right materials to refurbish a 1925 Quonset Hut that was part of the original Legion building that had fallen into great disrepair. It was a project near and dear to his heart and one he was very proud to accomplish for the community. After retiring from this position he became a metal fabricator with a local company in Iowa where he met Betsy Hill whom he adored and shared many years together. After Ross and Betsy had both retired they traveled south during the winter months to avoid the harsh Iowa winters. They both loved to travel in his RV and would do it often until Betsy's death and Ross's health became an issue and he moved to Florida where his daughter resides. Ross Browning is survived by his son Rock Browning, daughter Gena Allison, grandchildren: Sarah Mills, Abby Allison, Dallas Kaufman and Christy Browning; three great-grand children: Shereese Yancy, Breece Hanter and Roman Rizzo; and a number of nieces and nephews. Funeral services will be held at the Iowa Veterans Cemetery, 34024 Veterans Memorial Drive, Adel, IA 50003, on Tuesday, August 4, 2020 at 11:00 a.m. Cemetery Details Iowa Veterans Cemetery at Van Meter 34024 Veterans Memorial Drive
Adel, IA 50003 Graveside Service

To send flowers to the family in memory of Ross Browning, please visit our flower store.