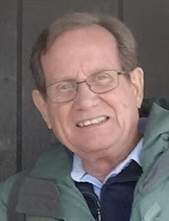 Craig was born on January 23, 1947, to Thomas and Fanchon (Hellyer) Jeffries in Chariton, Iowa. He was a graduate of Russell, Iowa High School and Truman State University in Kirksville, MO. His early career was in banking and in later years he worked in IT for KCP&L. A longtime resident of Indianola, Iowa his career path led him to seven states before finding home in Kansas City.

Craig is preceded in death by his parents, brother Tom, and nephew Tommy.

To send flowers to the family in memory of Paul "Craig" Jeffries, please visit our flower store.