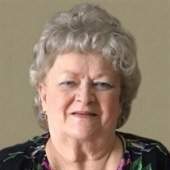 Linda Marie Seddon, age 79, passed away March 23, 2019 at Circle of Life Hospice in Chariton after a sudden illness. Private services will be held at a later date, with burial at the Cambria Cemetery. Memorials may be made in Linda's name to Homestead of Chariton or to The American Shetland Pony Club. Linda was born at home in rural Lucas County near Russell, Iowa on June 13, 1939 to Louise and E.F. "Eddie" Relph. The family moved to a farm near Cambria in Wayne County, Iowa in 1944. Linda spent her childhood years on her parent's farm. She loved playing forward on her high school six-on-six girl's basketball team. They never made it to the state tournament, but Linda participated in the 1957 State Free Throw Championship and finished second. She loved music and played the flute, piccolo, trombone, baritone, and the piano. Linda was married on June 15, 1957 to Richard Dean Seddon at the Baptist Church in Chariton, Iowa. The couple made their home in Chariton and were soon blessed with three children: Carol, Shari, and Gary. Linda was a loving mother and an excellent cook. She was also a talented seamstress and enjoyed sewing for her children and grandchildren. As a young woman, Linda worked as a nurse's aide at the Lucas County Memorial Hospital. Later in life, she was a secretary at the HyVee Corporate Offices in Chariton, Iowa. In 1999, Linda and Richard moved back to Cambria to help care for her mother. Linda loved to travel and enjoyed many trips to Hawaii with her husband. She also had a great love of animals. She loved animals of just about every kind and enjoyed studying their behavior. She raised sheep, chinchillas, dogs, and Shetland ponies, all very successfully. In fact, several of the ponies went on to become national champions. Linda is survived by her husband, Richard Seddon of Chariton; daughter, Carol (Steve) Loynachan of rural Chariton; daughter, Shari (George) Harders of Corydon; son, Gary (Suzanne) Seddon of Chariton; 8 grandchildren: Amy (Kevin) Otten of Waukee, Laurie (Joseph) Keller of Adel, Allison (Nate) Van Haaften of Baytown, TX, Daniel Seddon of Chariton, Matthew (Amanda) Harders of Fresno, CA, Mark (Desiree) Harders of Clive, Lucas (Alyssa) Harders of Corydon, and Jennifer (Cole) Goben of Corydon; 13 great grandchildren: Samantha and Alex Otten, Caeden Keller, Drew Van Haaften, Bailey, Hannah, and Holly Harders, Hadley, Hayes, and Maxton Harders, Leah and Maverick Goben, and Jeremiah Brown; and brother, Warren (Karen) Relph of Cambria. Preceding her in death were her parents, Eddie and Louise Relph; and dear friend and sister-in-law, Janice Relph. Cemetery Details Cambria Cemetery S23 and J22 HWY
Cambria, IA
To send flowers to the family in memory of Linda Marie Seddon, please visit our flower store.