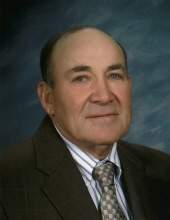 Mass of Christian Burial for John Lester Dittmer, 78, of Milo will be held Monday, May 2, 2022, at 10:00 a.m. at the St. Augustine Catholic Church in Milo. Interment will be at the Rosemount Cemetery following the service. Family will receive friends on Sunday, May 1, 2022, from 4:00 until 7:00 p.m., with a Rosary following, at the Pierschbacher Funeral Home in Milo. Memorials will be used to establish a scholarship in John’s name through the SEW Dollars for Scholars or for the Rosemount Cemetery Fund.

John Lester Dittmer, 3rd of 9 children born to Lester and Ina Ohnemus Dittmer, on November 4, 1943, on the family farm near Lacona, the same farm that Anthony Dittmer lives on today. He attended Rosedale School for kindergarten and then Rosemount from 1st through 8th grade, Lacona for 9th and 10th grade and then graduated from SEW High School in 1961.
John met Janice Spaulding at a Bauer dance. Two years later, John and Janice began dating. They were married on June 13, 1964, and were blessed with three children: Gary, Scott, and Janie.

Everyone knows John was connected to the land and farming, it was in his blood. He began farming by helping his father, they formed a partnership and at one time his brothers: Delbert, Claire, and Kevin and his son, Gary all joined the partnership. John and Gary continued to farm together for many years. They raised corn, soybeans and hogs, cattle, and chickens. John was active and held offices in many farm organizations including South Central Coop, ASCS, Warren County Pork Producers, Warren County Cattlemen’s Association, Iowa Soybean Association, Whitebreast 4-H Leader and Swine Superintendent. John often said he’d rather just stay home than go on vacation, because he had more fun on the farm. He loved to care for the land and the livestock, constantly improving the land and he loved watching the livestock grow. John was also on an unofficial board that held meetings at the local coop in the morning around coffee time, where he was very influential in giving advice to young farmers and talking over the daily happenings on farms in southern Warren county.

John not only belonged to many farm organizations, but he was very civic minded as well and served on the Southeast Warren School Board as president, the Lacona Jay Cees, Rosemount Cemetery Trustee, a trustee of Holy Trinity of Southeast Warren, a member of the Peoples Bank board, and was an active member of the Pork Producers for many, many years. He helped make the community better in countless ways and will be greatly missed by many who worked with him on these organizations and boards.

As much as John loved the farm, he loved his family very deeply. Although John was soft spoken, his actions often spoke louder than his words. He enjoyed young people, and he loved to listen to what they were doing and maybe give a little advice. His grandchildren were very special to him and he loved to find ways to help them.

To send flowers to the family in memory of John L. Dittmer, please visit our flower store.