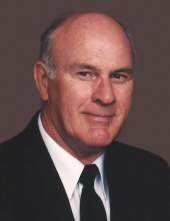 A celebration of life service for Jerry E. Howell, 88, of Chariton, will be held Saturday, January 22, 2022, at 11:30 a.m. at the Pierschbacher Funeral Home in Chariton. Family will receive friends prior to the service beginning at 10:30 a.m. and invite everyone to a luncheon following the service at the funeral home.

The service will be livestreamed at the following link: https://my.gather.app/remember/jerry-howell

In lieu of flowers, memorials are requested to the Parkinson’s Foundation.

Jerry was a man who knew what he wanted and was very determined and focused in all that he did. “Let’s Go. I’ve got people to see, places to go, and things to do!” How often did you hear him say that? A phrase he lived by his entire life.

Jerry was number four of nine siblings, growing up in Chariton during the thirties and forties, he and his siblings were all great athletes. Nurtured by their parents, William and Sophronia, they were all competitive and excelled in sports. At home they had an outdoor dirt basketball court and across the street they played baseball in the open field. During high school Jerry excelled at football and basketball.

After high school Jerry enlisted in the United States Air Force, which began a 20-year career, not only sending him to Korea and Vietnam, but to multiple countries around the world.
We all know that Jerry wasn’t one for accolades and was all business. No one knows this better than Awanda Howell, a waitress at the Seymour Johnson Air Force Base NCO Club in North Carolina. They had met while she was waiting tables. After a few short months – much to her surprise – she was congratulated by someone on her engagement and upcoming wedding. Jerry was so determined that they would be married he didn’t even bother to ask her. They were married shortly after this in a small ceremony with the Justice of the Peace making Awanda the happiest girl around. They shared a wonderful life together over 57 years. They were blessed with two boys, Bill and Jack. Jerry and Awanda were very close and enjoyed raising their boys, teaching them many life lessons of hard work and determination, and most importantly how to love. Jerry adored Awanda and every morning they awoke to a good morning kiss and an “I Love You”.

After retiring from the Air Force, Jerry and Awanda, moved back to Jerry’s hometown of Chariton. After living all over the United States and the world it was good to be home. Jerry worked in the billing and dispatch at the Hy-Vee Distribution Center for over 20 years. He worked nights, so he was able to enjoy his passion of playing golf nearly every day. A passion he shared with many friends but was especially fortunate to share with his sons. Jack has said that he was lucky to play golf with his dream foursome many times over. It wasn’t Jack Nicklaus or Arnold Palmer, it was his Dad, Gary Hawk, and whoever else came along and joined them. One piece of wisdom that Jerry passed on to his sons was to “Act like you’ve been there before.”, teaching them after hitting a hole-in-one to just act like it wasn’t the first time. Jerry had made 8 hole-in-ones. When Jerry wasn’t outside golfing, he was outside mowing the lawn, cutting trees and brush, or shoveling snow. He loved to stay active.

His family was the most important part of his life. Everyone knew him as rigid, always on-time, determined, and military-like in his daily life and interactions. That was until his granddaughter Sammi came along. Everything changed with Sammi; he loved crawling and playing on the floor with her, she could sit in his chair, and there was the “Great Mud Fight”. Sammi had his heart from day one.

Jerry passed away January 16, 2022, at the age of 88 years. Jerry was in Comfort Care at the Lucas County Health Center in Chariton. His family is grateful for the care he received while at the hospital. Jerry will be missed by his wife of 57 years, Awanda; son, Jack Howell; granddaughter, Sammi Howell; sisters: Eleanor Maudsley, Sharon Carpenter, and Karen (Ken) Chronister; along with many nieces, nephews, relatives, and friends.

Preceding him in death are his son, Bill Howell; and siblings: Elaine Barker, Bill Howell, Myrta Jean Schelldorf, Lois Daboll, and Richard Howell.
To send flowers to the family in memory of Jerry E. Howell, please visit our flower store.