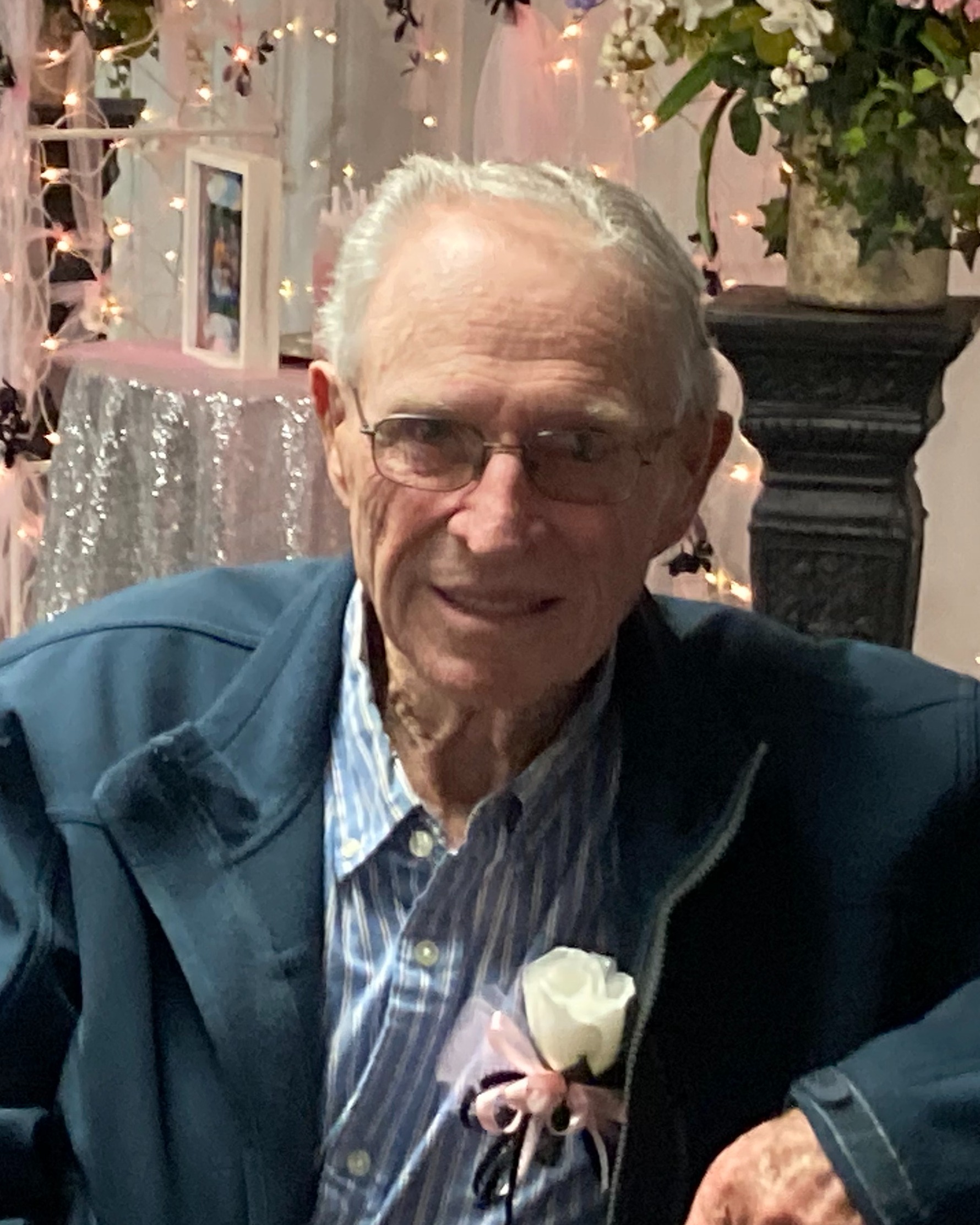 Services for Harold L. Butrum, 85, of Melcher-Dallas, Iowa will be held on Saturday, November 26, 2022, at 10:30 a.m. at the St. Paul Lutheran Church at Germantown. Interment will follow the service at the St. Paul Cemetery.

Family will receive friends on Friday evening, November 25, 2022,  from 4:00 until 6:00 p.m. at the Pierschbacher Funeral Home in Melcher-Dallas. Memorials may be made in Harold’s name to the St. Paul Lutheran Church.

Harold Lee Butrum was born August 6, 1937, to Rosa (Kirton) and William Clifford Butrum on a farm south of Knoxville on the long lane road. He graduated from Dallas High School in 1955.

Harold was in the National Guard from 1957-1963. He took 6 months active training at Fort Leonard Wood, Missouri and Fort Polk, Louisiana. He always told the story of going to the Grand Ole Opry in Nashville in uniform. There was a line of people 4 blocks long, and they were told to get in front of the line.

Harold met Donna Glenn one summer evening on the square in Knoxville, and they began talking. On May 29, 1966, the couple were united in marriage. They were blessed with three wonderful children: Angela, Bill, and Michele.

In 1965, he bought a farm west of the Dallas Cemetery. He loved horses and cattle and raised several colts. The family enjoyed watching the colts grow up. Harold loved good cattle, especially Angus. He always had a top set of feeder calves. Several times, his calves topped the market. They lived on the farm for 45 years before moving to town.

Harold worked at Maytag for 41 and a half years, McCorkle Hardware for 6 years, and drove the preschool bus for Melcher-Dallas for 15 years. He and Donna were members of the St. Paul Lutheran Church for 35 years. He was a busy man and took great pride in mowing his pasture and lawn. Harold always said work never killed anyone.

Harold was preceded in death by his parents; wife, Donna; sister, Mary Butrum; and 2 half brothers, George and John Paul Butrum.

The service will be livestreamed through the following link: https://my.gather.app/remember/harold-butrum

To send flowers to the family in memory of Harold Lee Butrum, please visit our flower store.