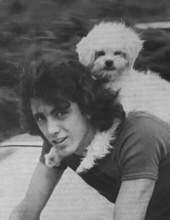 Gordon Ray Arnold, 66, of Chariton, Iowa passed away on July 16, 2022. A Private Graveside service will be held at a later date.

Gordon was born in Clarke County, Iowa on April 3, 1956, to Kenneth and Darlene (Steinbach) Arnold. He grew up in Chariton, Iowa, alongside his brothers, Dennis and Eric. He graduated from the Chariton High School with the class of 1975.

After graduating, Gordon moved to Springfield, Missouri, where he worked for Wonder Bread for 25 years. He was blessed with a beautiful daughter, Amanda.

Gordon enjoyed working on cars and owned a 1969 Roadrunner. He loved going fast, even outrunning the cops a few times. Gordon excelled in electronics as well, even building computers.

Gordon moved back to Chariton in 2008, the year his father passed away. He was able to spend 12 years with his mother, Darlene, before her passing in 2020.

Gordon was always about having fun. He had a great love for birds and dogs. It wasn’t out of the ordinary to find his dog, Ginger, riding on his shoulders when he rode his bike.

He was preceded in death by his parents, Kenneth and Darlene and an infant sister.

To send flowers to the family in memory of Gordon Ray Arnold, please visit our flower store.