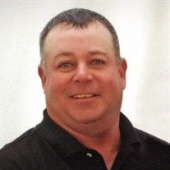 Gary A. Dittmer, 52 of Lacona, passed away on August 27, 2017. Funeral Services will be held Saturday, September 9, 2017 at 10:00 a.m. at the St. Augustine Catholic Church in Milo. Interment will follow at the Rosemount Catholic Cemetery. Family will receive friends on Friday, September 8, 2017 from 4:00 until 8:00 p.m. at the church. Memorial contributions may be made to Gary's family. Gary Allen Dittmer was born in Knoxville, Iowa on July 12, 1965. He was the first born son of John and Janice (Spaulding) Dittmer of Lacona, Iowa. He grew up on the farm that he lived on until his death, August 27, 2017. Gary graduated from Southeast Warren in 1983. He received the FFA Iowa Farmer Award at the Iowa FFA Leadership Conference in Des Moines. He was proud of this award and followed up with an education in farming. After graduating, Gary attended Hawkeye Tech in Waterloo Iowa majoring in farm management and operations. After college, Gary worked at South Central Coop for about 3 years. He left the Coop to farm in partnership with his dad and uncles. He and John formed their own partnership of J & G Dittmer Farms, LLC. Gary farmed with his dad for 30 years. Gary enjoyed camping with family and friends, watching NASCAR and Sprint car racing. He raced his own figure 8 racecar and enduro cars. His cars, all number 95, were the same number as his high school football jersey. Gary also enjoyed bowling with his friends in a league for many years and was the bowling coach for 2 years for SE Warren High School with his son Anthony on the team. In high school, Gary was in the Warren County Senior 4-H program. He was a 4-H leader for many years for the White Breast 4-H Club. Anthony, Alyssa and Brandon participated in 4-H activities and showed horses, cattle and swine at the Warren County Fair. He was a Director and Treasurer of the Warren County Pork Producers for over 20 years. He enjoyed BBQing for various businesses, organizations and at the Warren County Fair. Gary is survived by his wife Kim (Harvey), sons Anthony and Brandon, daughter Alyssa; parents, John and Janice (Spaulding) Dittmer of Milo Iowa, brother Scott (Vicki) of Runnells Iowa and sister Janie Weeks (Andy) of Milo Iowa; nephews, Briar, Chase and Dawson Dittmer, and Dalton Weeks, niece, Morgan Weeks (Jonathan Shaffner). Parents in-law, Fred and Helen Harvey of Adams Minnesota, brother-in-law Paul Harvey (Jolyn) of Adams Minnesota, sisters-in-law Peggy Merkel (Jake) of Spring Valley Minnesota and Mary Nagel (Ryan) of Stewartville Minnesota; nephews, Cody and Gavin Merkel and Ethan and Owen Nagel, nieces Megan and Heather Harvey. He was preceded in death by grandparents: Lester and Ina Dittmer and Eugene and Ethel Spaulding, his niece: Josie Rae Dittmer, uncles: Dwayne Spaulding and Keith Dittmer, aunts: Marilyn Spaulding and Rosemary (Spaur) Dittmer. Cemetery Details Rosemount Cemetery 22925 Quebec St.
Lacona, IA 50139 Visitation

To send flowers to the family in memory of Gary A. Dittmer, please visit our flower store.