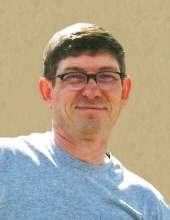 Lord Eric Albert Weidner passed away August 29, 2021, leaving behind a loving family. Services will be held Saturday, September 18, 2021, at 11:30 a.m. at the Pierschbacher Funeral Home in Melcher-Dallas. Family will receive friends prior to the service, beginning at 10:00 a.m. Eric's family has requested that masks be worn. Eric has requested that this be a celebration of life with a casual dress code. For those who would like to share stories of Eric, there will be a gathering at the farm following the service. Memorials may be made to Eric’s family.

You may join Eric’s family via livestream at https://my.gather.app/remember/eric-weidner

Eric was born in Middletown, Connecticut and grew up in Wilton, Connecticut. He was involved with the Boy Scouts and received the rank of Eagle Scout. He then attended the Citadel in South Carolina. His family moved to Iowa in 1979 where he then attended Simpson College. He joined the Army on August 4, 1980. Eric was united in marriage to Julie Mason on December 30, 1982. He went on to do a stint in the reserves and then joined the guard in 1991 when the Gulf War broke out.

Eric was preceded in death by his son, Mason; his parents, Virgil and Minerva Weidner; his mother-in-law, Betty Mason; and brother-in-law, Daniel Dee Mason.

Eric was recently reunited with his birth mother, Marion Berrios. He is survived by his birth mother; siblings: Antonio Berrios, Elizabeth Gonzales, Frank Berrios, Rosemarie Berrios, Michael Berrios, and Luis Cedeno. He was preceded in death by two siblings, Ann Marie Berrios and William Berrios.
To send flowers to the family in memory of Eric Albert Weidner, please visit our flower store.