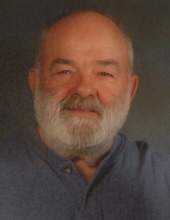 The service will be livestreamed through the following link: https://my.gather.app/remember/d-l-wimpy-brown

He met Janis Hixson, and the two were married in Princeton, Missouri on January 3, 1959. To this union, they were blessed with two children: Phillip and Tammy.

Wimpy worked for Combs Outdoor Advertising for several years before going to work for the City of Chariton, retiring in 1996 after 33 years of dedicated service. His passion for woodworking in his “Tinkering Shed” allowed him to become a master, and he shared that talent with many people through his work.

Wimpy loved his family dearly. When his grandkids came along, they would often spend the night. He would bring Hardees breakfast home for them, but tell them to be quiet, so not to wake up “Grumpy” (aka Grandma).

Wimpy could make a point to his daughter and grandchildren. He was great at making them look at things in a different way, trying to find the positive in everything. His family said he was the most honest man they ever met, very modest and a hero in their eyes in many ways. He was not a boastful man, never giving himself enough credit for the wonderful man he was.

Wimpy never met a stranger. He was generous and loved people. It was quite easy for him to make friends wherever he went. However, he wasn’t the best at keeping a secret. He once stole a pie out of the window when he was younger. He got caught of course, as he was found with pie all over him.

Wimpy enjoyed collecting license plates through the years. He enjoyed showing his collection to his family and friends.

Wimpy was an expert fisherman, but never ate what he caught, giving the fish away to family and friends or trading for mushrooms in the spring. He also was responsible for stocking a large percentage of the ponds in Lucas County. Spending time in the timber and fields hunting and cutting firewood was a favorite pastime as well.

He was his grandkids greatest fan at sporting events and never missed a game. He loved rooting for his Hawkeyes, Cubs, and Chiefs as well.

Wimpy passed away suddenly at his home on April 8, 2022. Preceding him in death was his wife, Janis; son, Phillip; parents: Earl and Opal; and siblings: Earl Brown Jr., and Edna Morrison.

To send flowers to the family in memory of D.L. "Wimpy" Brown, please visit our flower store.