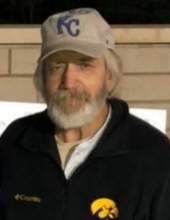 Funeral services for Craig Clark, 72, of Melcher-Dallas will be held Saturday, February 19, 2022 at 10:30 a.m. at the Sacred Heart Catholic Church in Melcher-Dallas. Interment will be at a later date.

Family will receive friends on Friday, from 3:00 until 7:00 p.m., at the Pierschbacher Funeral Home in Melcher-Dallas.

Memorials are requested to the Melcher-Dallas Little League Ball Fields.

You may view Craig's service via the following livestream link: https://my.gather.app/remember/craig-clark

Craig Clark was raised just east of Melcher-Dallas on the family farm with his sisters: Judy, Vickie, and Shelia. He graduated from Melcher-Dallas High School in 1967. Craig was married to Kathy Konrad on October 19, 1968. They were blessed with three children: Rick, Jason, and Angie.

Craig worked for Maytag after high school until he was drafted into the United States Army in May of 1969. He served in Louisiana and Georgia before going to Fairbanks, Alaska to serve the remainder of his active duty. Upon returning home, he continued to work at Maytag and with his dad, Ray, in the concrete business, which eventually evolved into Craig Clark Construction.

Craig never stopped. He never stopped working, and he never stopped having fun. He gave many people their first summer job in high school and taught many people the art of concrete and carpentry work. The work was demanding, and the hours were long, but he always worked harder than anyone else. He kept people motivated and entertained with a short song while working and made sure to have plenty of hydration breaks. He would treat employees to a weekend at the Ozarks, golf outings, and Sprint Car Races. And if you needed bailed out, literally or figuratively, he was there.

In Craig's free time, he was never idle. He did enjoy fishing, but loved to work on the farm. Mowing, working on the barn, fixing fence, and anything to stay busy and make the farm better.

His skills were always in demand, and he was always glad to donate back to the community in which he lived. He helped with countless community and school projects. He always took pride in how Melcher-Dallas looked and contributed whenever he could, recently noting that the little league baseball fields are one of the first things a person sees when driving in, so he took it upon himself to remove the brush between the tracks and fields.

Despite his rough appearance, Craig had a heart of gold. He was the kindest person, always giving to others, helping old friends and strangers alike. Whether helping with a flooded basement, an emergency electrical or plumbing problem, Craig was always there. If there is such a thing, he was generous to a fault, loaning his equipment, money, and time, often realizing he would not be repaid, but that was not why he helped.

He loved his family – he was so proud of his children and enjoyed talking about them. He loved watching them grow, watching their sporting events, and encouraging them to do their best. And he loved that they all made him a Grandpa.

Craig as Grandpa. He was a kid at heart, and probably had as much fun with all the toys as his grandchildren. Absolutely anything they could dream up he would make happen. A football field in the backyard, complete with goal posts and mowed up with the correct yard lines, baseball and softball fields, a basketball court with lines painted, a giant tree house with a zip-line, not to mention all the golf carts, go-carts, and 4 wheelers. He taught them to fish and drive, and how to hide in the shadows when shooting off fireworks so the cops couldn’t find you.

Craig passed away on February 12, 2022 at the age of 72. Those who knew him, loved him, and called him friend, will miss him greatly. Craig is survived by his wife of 53 years, Kathy; children: Rick (Sarah) Clark, Jason (Connie) Clark, and Angie Buman; grandchildren: Maddison, Emma, Drew, Gabe, Landen, Ava, and Hudson; sisters: Judy (Terry Robinson) Seddon, Vickie (Joe) White, and Sheila (Lee) Franck; along with many nieces, nephews, relatives, and friends.
To send flowers to the family in memory of Craig Clark, please visit our flower store.