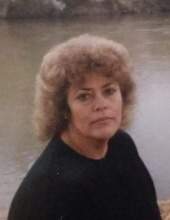 Memorials may be made in care of Carol’s family.

Carol Ann (Miller) Adcock was born on October 31, 1949, in Washington to Kenneth and Zelma (Gray) Miller. When she was young, the family moved to Chariton, Iowa. Carol attended Chariton schools, graduating from Chariton High School in 1968. She continued her education at Indian Hills Community College, earning her degree in nursing in 1977. This began her many years of being a nurse and wonderful caregiver. She blessed many healthcare facilities with her passionate caretaking abilities, among them were Chariton Manor, VA Hospital, Norwalk, and Pleasantville.

Not only was Carol a caretaker at work, but she was also the solid, loyal, committed, devoted, and protective mother, grandmother, and great grandmother to her family. There was nothing she wouldn’t do for them. In return, her family was her entertainment. There was never a dull moment when they would spend time together.

The grandkids can remember her working a double at the care center, coming home and sleeping for a couple of hours, and although with little sleep, she would be ready to spend the day with them doing whatever activity they chose. These afternoons would many times lead to a road trip, often becoming a rock hunting adventure.

Along with rock hunting, Carol thoroughly enjoyed gardening and garage sales. She had a great love for music as well, especially Randy Travis. She did like to “be cool” with the grandkids on these road trips, playing “Fairfield” and some Chingy music, often rapping along. This was quite the highlight for the grandkids.

Carol was a very spiritual person, intuitive with nature and spirits. The kids said you could be thinking something, and she would comment something along the lines of what your thoughts were. If you dreamt you had a spirit animal, well then, she went and bought you memorabilia of that animal. As Kenny would say, after sharing his particular dream of dolphins with Carol and how he suspected they may be his spirit animal, he soon had “dolphins coming out his ass.”

Oh, and Christmas, Carol loved Christmas. She just had to make sure everybody had something to unwrap. She got the most unique store finds, rock hunting treasures, and many other things she thought may bring smiles to their faces. She would spend hours wrapping as well. This was part of her caring, loving, and giving nature. She made everybody feel like they were her favorite.

Even though Carol was a sweet, loving individual, you didn’t cross her family or cut her off in traffic. There was another side of Carol, a fighting side, which would come out in these occurrences, also giving her the “bad ass” title by her family and friends, earning her the nickname “Frankie.” Protective she was.

Preceding her in death are her parents, Kenneth and Zelma Miller; husband, Everett Adcock; granddaughter, Veronica; and brother, David Miller.

To send flowers to the family in memory of Carol Ann Adcock, please visit our flower store.