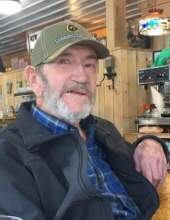 A visitation for Bill Danner will be held on Thursday, July 14, 2022, from 4:00 until 6:00 p.m., at the Pierschbacher Funeral Home in Chariton. A time of sharing will follow at 6:00 p.m. Memorials may be made in Bill's name to EveryStep Hospice of Knoxville.

The time of sharing will be livestreamed through the following link: https://my.gather.app/remember/bill-danner

Bill Danner was born July 20, 1936 in Clarke County, Iowa to John and Lucy Heston Danner. He attended country schools and Leroy and Derby schools, graduating from Derby High School in 1954. He went into the farming vocation after graduation. Then added real estate sales, and later maintenance man for the city of Woodburn. Bill was married to Ellen Whitham on September 24, 1961, at the Last Chance Church. They were blessed with three children: Dave, Karen, and Mary.

He enjoyed music, playing the guitar and other instruments, and singing along, mostly country and some old folk songs. He even wrote some songs.

He was good at visiting and could usually tell a good story with a bit of humor added in.

He liked tractors, 1950’s cars, machinery, tools, and playing cards, but his favorite pastime was spending time with his children and grandchildren and the family get-togethers.

Bill was preceded in death by his parents, John and Lucy Danner; brothers, Dan Danner and Jerry Danner; and brother-in-law, Wilford O’Neal.

To send flowers to the family in memory of Billie "Bill" Gene Danner, please visit our flower store.