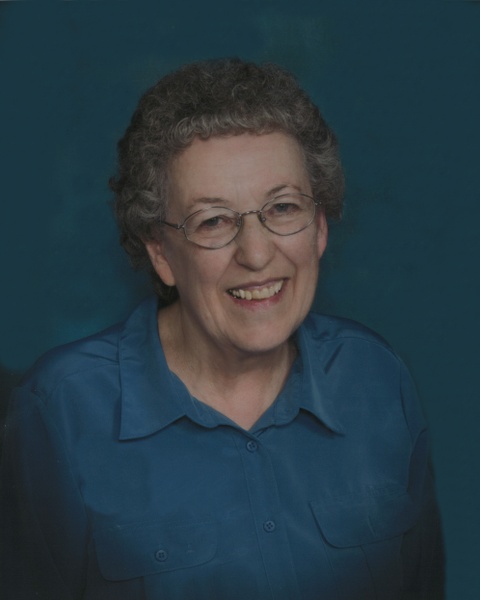 Services for Avice Pope, 87, of Chariton will be held on Monday, October 10, 2022, at 11:00 a.m. at the Pierschbacher Funeral Home in Chariton. Family will receive friends prior to the service from 10:00 to 11:00 a.m. Interment will be at the Liberty Cemetery near Bussey, Iowa. Memorials may be made to the Truth Assembly of God in Chariton.

Avice Loretta (VanderLinden) Pope was born in Oskaloosa, Iowa, on August 15, 1935. She was raised on a dairy farm near Knoxville, Iowa, by her parents, Roy and May, with her siblings, Melvin and Myrna. Avice showed 4H calves and attended country school in a little one-room schoolhouse, now located at Marion County Park and labeled the Little Red Schoolhouse. Her picture can be found there, along with her elementary schoolmates. Avice received forgiveness of her sins and committed her life to Jesus at the age of 15 years old, after her family was invited to attend First Baptist Church in Knoxville. After graduating from Knoxville High School, she worked at the Veterans Hospital in Knoxville.

Merle and Avice met when Merle was working as a farm hand at her parent’s dairy farm. They were married in 1956 and raised three children: Marcia (Wilson), Janice (Whitmarsh), and Allen Pope. They would live in Leavenworth, Kansas and Wapello, Anamosa, McGregor, Des Moines, Newton, and Chariton, Iowa.

Avice was a stay-at-home mom with a home business which included sewing, mending, and altering clothing. Supper was on the table at 5 p.m. sharp daily. She had the gift of frugality. In their later, empty nest years, she cared for Merle when he suffered diabetes and associated symptoms. She also gardened on their small acreage west of Chariton and enjoyed playing games with her grandchildren.

After Merle left this earth in 2010, Avice volunteered at Chariton Nursing & Rehab Center and the Interchurch Council Food Bank weekly. She enjoyed Bible studies with the ladies and outings with her sister, Myrna, and cousins and friends. Together they enjoyed thrift shopping and eating out. She valued visits from family and friends, especially grandchildren.

Avice was treated for cancer in 2009 and became a cancer survivor until recently, when she received her second cancer diagnosis. She didn’t fear death, because she knew the next life is better, and she was ready to be with Jesus. God has prepared a place for Avice, and she has received the crown of righteousness because Jesus paid for her sins. She lived for Jesus and now she is with Him forever. Those who know Jesus will see her again.

Those who have gone before: son, Allen Pope; husband, Merle Pope; parents, Roy and May VanderLinden; and brother, Melvin VanderLinden.

The service will be livestreamed through the following link: https://my.gather.app/remember/avice-pope

To send flowers to the family in memory of Avice Loretta Pope, please visit our flower store.